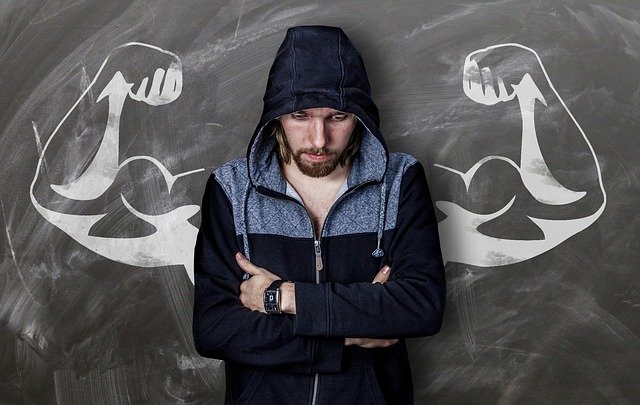 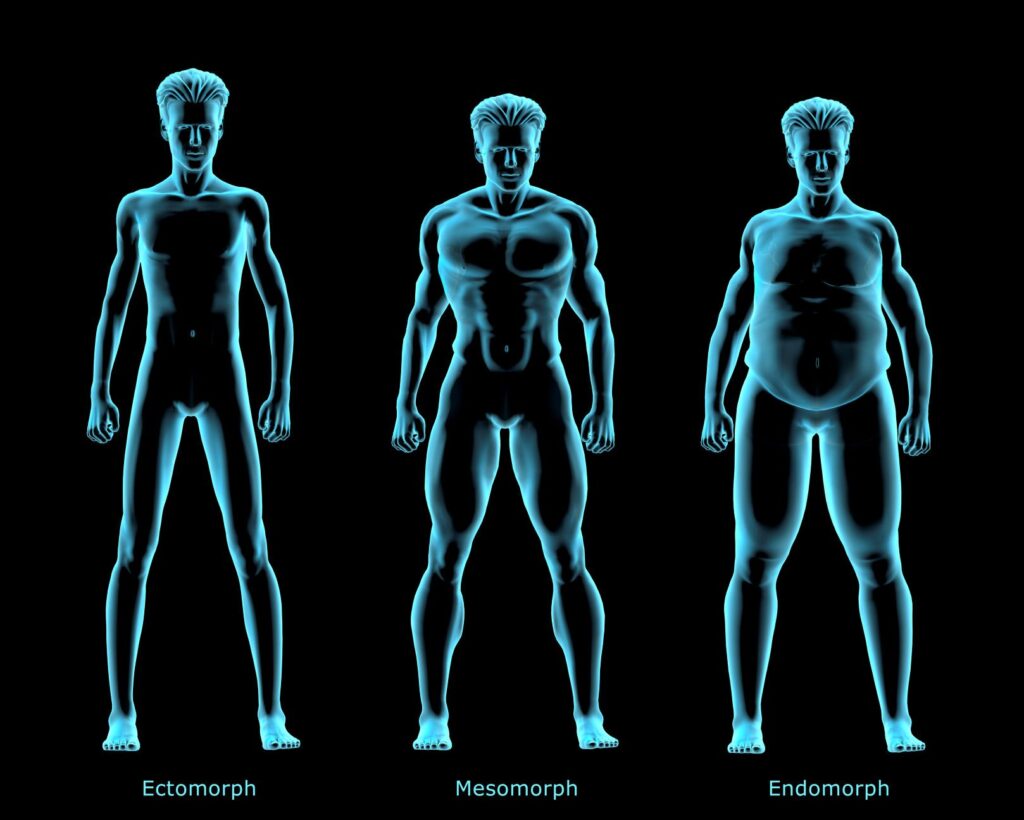 I like to explain this model of understanding physiques to my clients for a couple of reasons:

The fitness industry has been guilty of selling unrealistic body transformations for decades.  Fitness magazines put fitness models on their front covers and sell their magazines based on the idea that, if you follow this 12 Week programme you’ll look like this.  Also, Fitness Coaches who have never held excess fat in their life, might tell their clients that if they just eat and train the way they, they’ll end up looking like them.  All this is simply untrue.

I should say that the idea of Somatotype has no grounding in biology/genetics.  It’s more a model to group people of similar characteristics.  However, the DNA you’re born with will largely dictate:

The science of epi-genetics is now showing that your behaviours and environment can cause changes to how your genes work (you can effectively switch genes on or off), so some changes to the areas above can occur.  However, it’s still worth knowing that everyone is genetically different. 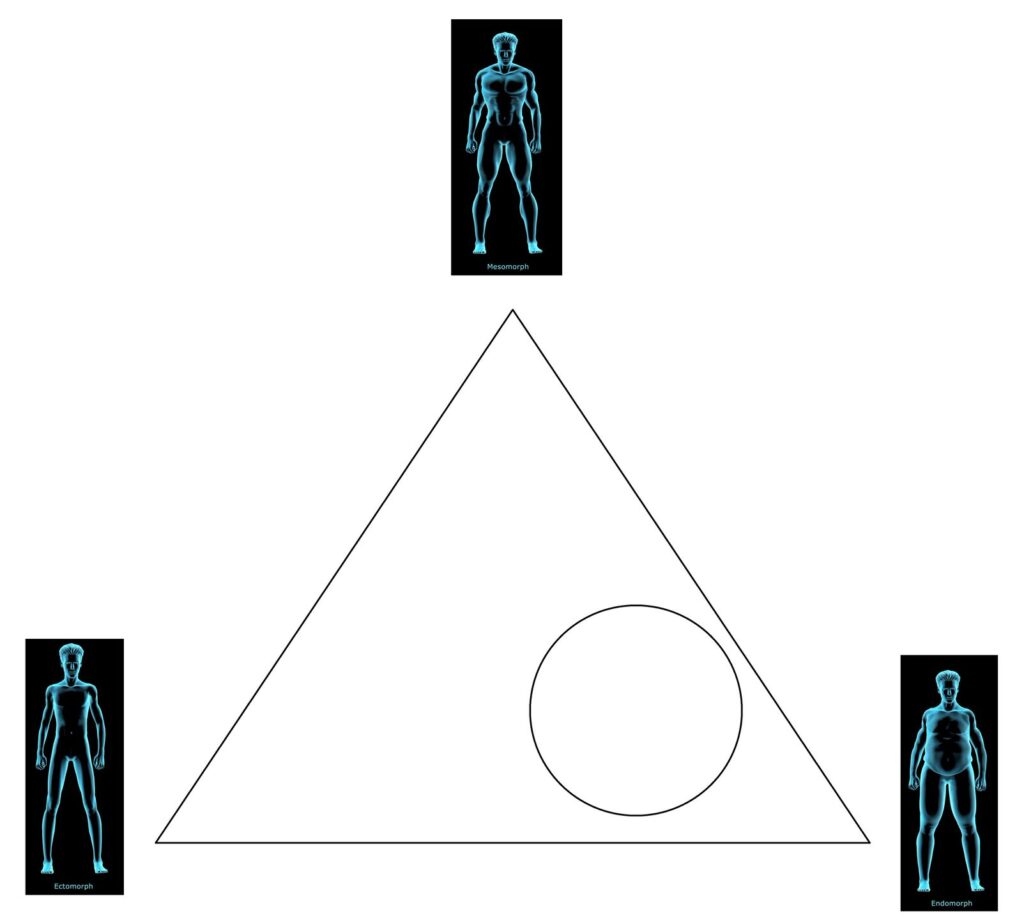 The triangle above shows each type in a corner.  These would be the extreme expressions of each somatotype.  I believe you then have a circle within that triangle, such as the one I’ve put in there.  That circle shows the ranges of muscle mass and body fat that you can move between.

Your training, diet and lifestyle can move you around within that circle, but the reality is no matter what you do, you won’t be able to move the circle.  To give examples of this; Mo Farah (Ectomorph) was never going to make a great 100m sprinter (Mesomorphs).  Likewise, Eddie Hall (Endomorph) would never have ran a great marathon time (Ectomorph) or even been a top bodybuilder (despite holding a good amount of muscle, his frame is not the V-shape of a true Mesomorph).

I think it’s worth having a rough idea of where your circle is on the triangle if you have aesthetic goals, so you might find an image of someone who is your body type that you aspire too.  If you can embrace what you’ve been born with and decide to make the most of it, you’re saving yourself from potential frustration and setting yourself up for a successful journey from the start.